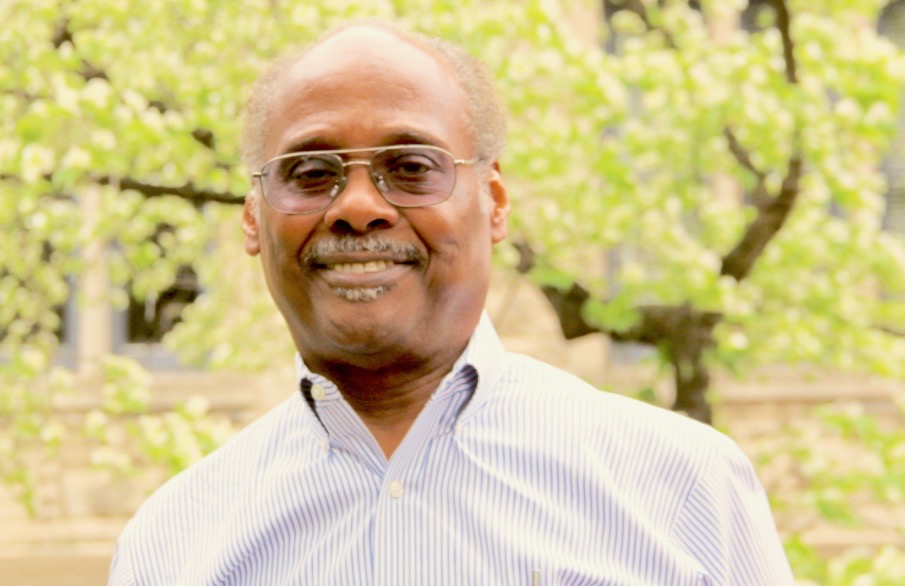 In 1969, when Hector F. Myers entered UCLA’s Department of Psychology, he was one of its four Black graduate students. After receiving his Ph.D. from the department in 1974, he accepted their offer of a half-time position as an assistant professor of psychology. In 1978, he made the shift to full-time professor. And by 1981, he became the first Black professor in the Department of Psychology (and in Life Sciences) to achieve tenure.

As a UCLA professor of clinical psychology for over 39 years, Myers’ research examined a range of health issues linked to stress. One issue, hypertension, was a condition he saw in his own family. Some of the other issues he studied, stemmed from observations he made during his clinical practice in South Central Los Angeles. Much of his research focused on health issues that disproportionately affect Black populations.

What was it like for Myers, coming into UCLA’s psychology department as a Black graduate student in 1969? How did he and fellow graduate student, Lewis King, help to launch the first course in the department to consider race?  As a graduate student and young professor, what lessons did he learn, especially when it came to advancing diversity, equity and inclusion in academia?

Here, in his own words, Dr. Myers shares the story of his early academic journey. (~12-minutes)

I was raised in Panama, came to the U.S. in 1968 to finish my college training.  At that time there was a lot of political upheaval. I was here when Martin Luther King was murdered, when Bobby Kennedy was murdered. Black student unions were being established. In fact, I was voted as vice present of Claremont’s Black Student Union. I became highly politicized at a very critical moment in my life, and in American history.

I graduated in ‘69, applied to graduate schools for clinical psychology, and came to UCLA.

At that time, there were about seventy-plus faculty in the department – not a single black faculty member – four black graduate students: two African-American women. Two of the four of us were not U.S.-born.

The four of us spent a lot of time discussing and asking, “Well, where is the literature on Blacks?”

None of my clinical classes ever talked about anything having to do with that, except when you got into issues of intelligence and this focus on poverty and its consequences. Then, you always had the Black sample, always low-income.

And we were being taught principles were universal – mental health is universal – it applies to everybody. But who are the subjects in the studies? Well, most of them were white, college students who are required to participate in experiments as part of getting exposure to psychology. Blacks were always low-income and less skilled in their performance. You’re comparing apples and oranges in terms of class.

How do I know that the therapy developed on Whites is going work with Blacks? It may or may not.  What you’re teaching me in the classroom is not based on lived-experiences of these different people from different communities. Lived experiences you bring to science is needed to change these perspectives.

When I started, there wasn’t much research on African-American populations, no black authors, not a lot of data. I can’t remember a single class where any issue was raised about race, except around the issue of poverty.

At the time, I was living in a Black community, and I saw the class ranges – but that was never a part of the conversation in any of my classes.

When I started, there were no courses on psychology of non-Whites.

How can we begin to develop courses and get permission to teach them?  Graduate students were not allowed to teach courses.

One of the lessons we learned very early is: we need allies. We needed people who are faculty here, who were open to some of the issues we were interested in.

There were assistant professors, to whom we owe big debt, who were open-minded about psychology, and where it needed to go. They would sponsor the course, but we would teach it. David Sears, an assistant professor when I started as a graduate student, was very helpful, along with several other key people in the department who facilitated and guided us.

Chuck Nakamura, one of the senior, full professors in the clinical program, was a very progressive, very thoughtful, calm fellow. And Chuck would pull us aside and say,”You’re barking too loudly. Present it a different way and see how they will respond.” Or, he would say, “Say it this way. Make a suggestion. Offer to do certain things.”

Another black student, Lewis King, saw the need for classes on black children. So, we developed one initial course on black children that we co-taught. We volunteered to do that, and we could guest lecture.

Lewis and I worked together for many years.

When I graduated, the department tried to recruit both Lewis and I, at the same time, as assistant professors. In order to do it, they took a full-time position, split it in half, and offered me one half-position and offered Lewis another half-position. But Lewis already had a full-time position, making more money than he would have made as an assistant professor, half-time at UCLA, so that didn’t get his attention… but it got my attention.

I started in ‘74. The half-time position gave me a chance to start a formal academic career, while at the same time, to have another half-time position in the community, in South Central L.A., doing something hands-on clinical– to help with risks with teenage pregnancy, also with young men boys who were already getting into trouble with the law and, or were kicked out of the house–that was intervention, not just teaching.

My clinical practice became focused on young people, and their day-to-day survival challenges. From those experiences, I learned a lot – bringing material into my classes.  I kept generating new questions, and I was able to take what I learned back to the community.

I was also still developing my research – on hypertension. At that time, hypertension was a hot topic. It was very clear that African Americans were disproportionately at risk for hypertension. And it was the beginning of a national effort to document racial, ethnic and class differences in health.

Part of the reason I began doing research was my own family history.  My grandparents, almost all of them, had hypertension. I was at risk for hypertension. I’m pursuing a very stressful career – what do I need to do to protect myself against that, to buffer that risk?

And it turned out: yes, I became hypertensive in graduate school. But I also became very actively involved with meditation. So, I began practicing and running a study targeted at African Americans at risk for hypertension, because of the need for putting a resource out there for folks who were at higher risk. The burden of hypertension for Blacks is substantially higher than for Whites. I wanted to say, “OK, let’s not just document it. Damn it, let’s do something about it!”

So, I began to work with trainers of meditation. We collaborated, and I began to focus on low-income communities in South Central L.A.

I knew of a lot of different hypertension programs, but very few of them were doing anything beyond passing pills out, which was fine. You need that too. But my feeling was: people need to own the resource, and not have to worry about what can I afford to pay for the pills.

And for several years, I was doing a number of studies in hypertension and TM, transcendental meditation. We had this national, randomized clinical trial, across four different states.

Hypertension is a high-stress-related disease. So, my early research was on stress. I liked stress because, all of us experienced stress–and the stress-burden for persons of color, especially if they’re also people who have socioeconomic deprivation, that stress-burden is higher and far more biologically destructive.

As a clinical health psychologist, I’m also interested in cancer; I’m interested in birth outcomes. That’s another area where there’s a lot of very strong disparities: African-American women having more complicated birth outcomes.  There’s something about being Black in the United States. We noticed differences between Blacks in the United States and Blacks in the Caribbean.

When I became a faculty member, I picked up on and continued what the four of us, black graduate students, had started in the department. I came in, full of steam, and I started raising hell very early.

The chair of the department, his name was Seymore Feschbach, I owe him a real debt, in terms of the way he guided me. He was in agreement with the issues I was raising, but he also realized that if I kept doing things the way I was originally doing them, I wasn’t going to be there for very long. He calmed me down and kept saying, “Yes. What you’re doing is important. And because it’s so important, you have to make sure you do it the right way. You may lose an opportunity to do a whole lot more, if you don’t do it the right way.”

Four years in, he said, “Hector, we’ve got a problem. The department does not know how to tenure half-time faculty. You can stay in, but then you’re no longer tenure-track. You can’t go up the ranks and all that. So, you’ve got to decide: do you want tenure? If you do, you have to come on full time.”

In the community, I wasn’t doing a lot of publishable research, so I had to quit, and took the job, full-time at UCLA. And I’m glad I did – because I like teaching and I like doing research. It was the right decision for me.

There are a number of things about my time at UCLA, when I look back at it, that were critical: I was there at the right time, and we had several non-black, but minority faculty, several of whom were senior faculty. There was Charles Nakamura, and he was a full professor and became director of clinical training.  There was a Hispanic faculty member Amado Padilla…and Stanley Sue, an Asian associate professor. Both were associate professors when they joined the department.  Both became full professors. Both were successful in obtaining a National Institutes of Mental Health grant to establish a research and development center targeting mental health in their respective group. So we had an Asian Mental Health… and a Latino Mental Health Research Center in the department.

What we were able to accomplish had a lot to do with the fact that it was not just me, as a black faculty member, carrying the load, number one. The others, they were more senior than I was. Number two, it made the issue of diversity real in the department, we were all going out together, collectively, actively recruiting, retaining training, and graduating the students.

I’m really proud of the fact that I had a lot of graduate students and they tell me that I mentored them. When I see what they have become – I’m very proud of many of them. I enjoyed being a mentor as much as I enjoyed science.

To me, that was a really good combination, and made me realize I made the right decision, for me, when I chose to go full time.