You are here: Home1 / In Memoriam: Distinguished Professor Bob Wayne, pioneer in evolutionary... 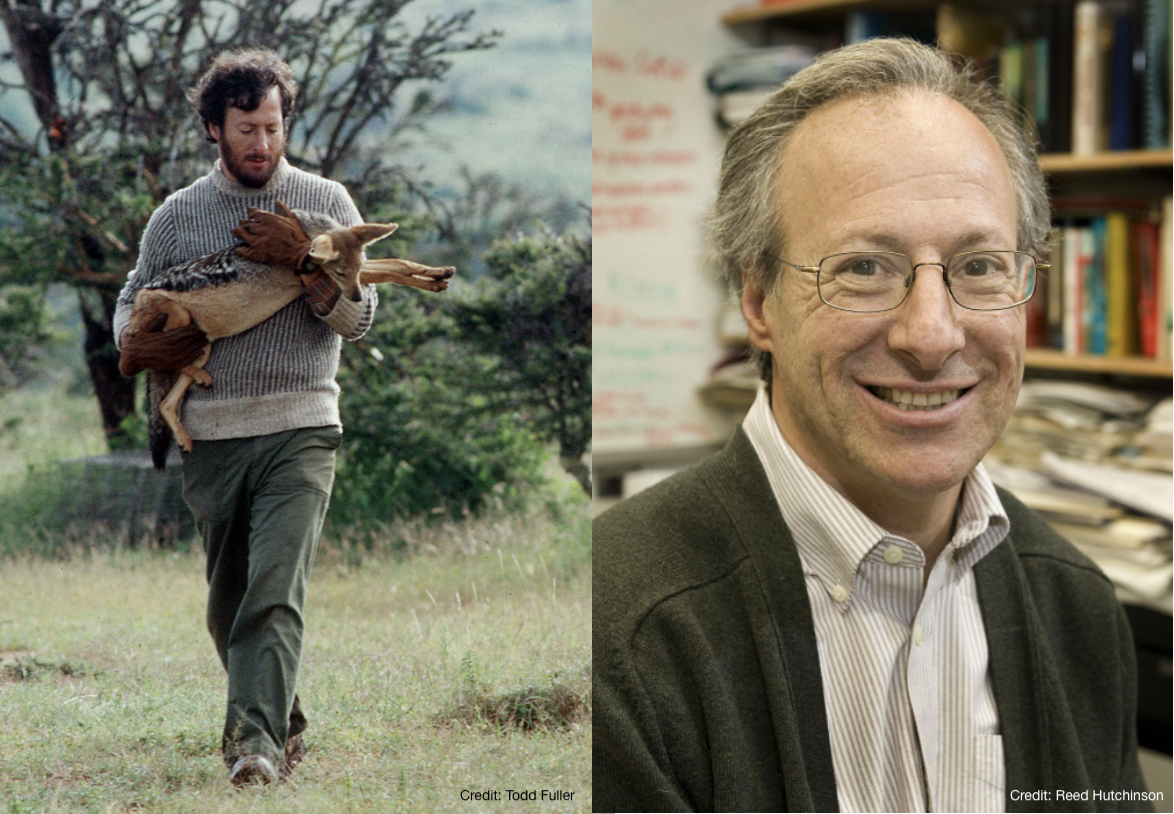 Robert Wayne, Distinguished Professor in the Department of Ecology and Evolutionary Biology, passed away on December 26, 2022. He was 66.

With great sadness, we announce the passing of Bob Wayne, Distinguished Professor of Ecology and Evolutionary Biology (EEB) at the University of California, Los Angeles. Bob was a renowned, internationally recognized scientist and esteemed member of the academic community, and his contributions to the field of genetics and UCLA will not be forgotten.

Bob began his faculty career at UCLA as an Assistant Professor in 1992, after serving as the Head of Conservation Genetics, Zoological Society of London. He rose through the ranks at UCLA, becoming full Professor in 1998 and Distinguished Professor in 2019. He has published over 300 papers throughout his career in top scientific journals.

Bob was especially known for his work in the conservation genetics of wild canids, which included species such as wolves, foxes, and coyotes. He was a pioneer in using DNA technology to study these groups, and his research shed light on the genetic basis of their behavior and evolution. His work also significantly impacted the conservation and management of canid species around the globe. Locally, his work on the effects of urbanization on carnivores in Los Angeles has received considerable media attention. In a 2006 study, using genetic data, Bob and his students showed that freeways are a barrier to migration of bobcats and coyotes, establishing the premise of wildlife tunnels to allow animal crossings.

Perhaps most impressively, Bob has repeatedly reinvented himself scientifically over the last 30 years. While his research focused on applying the latest molecular techniques to studying natural populations, often those of conservation concern, his specific questions and molecular techniques changed over time. Bob pushed the boundaries technologically and conceptually with his research, paying dividends in revealing new insights. His co-authored book, published in 1996, entitled Molecular Genetic Approaches in Conservation, based on an AAAS symposium, brought together dozens of researchers using diverse methods, was one of the first of its kind, and helped to build the foundation for modern molecular conservation genetics.

Beyond his own bold insights, Bob was adept at bringing scientists with different areas of expertise together into unique collaborations. For example, in 2016, he received a grant from the UC President’s Office to establish a consortium of researchers from six campuses to develop new techniques for conservation genomics to be shared with the scientific community.

Dr. Wayne’s passion for research in evolutionary genetics continued up until the time of his death, when he was working on projects that he found especially meaningful. One such area of research focused on integrating studies of deleterious genetic variation into the management of small populations, as in the case of the critically endangered vaquita porpoise. In another, his lab was developing and deploying new techniques for analyzing DNA from the environment to learn about the organisms present, but difficult to detect.

In addition to his research, Bob was deeply committed to education and mentorship. He was a dedicated teacher and mentor to countless students and was always willing to share his knowledge and expertise with those around him. One recent EEB PhD student, who graduated in 2017, Dr. Jaqueline Robinson, recalled, “My first meeting with Bob was 14 years ago, but I remember it vividly because it changed the course of my life. Bob inspired me, he gave me a chance, and he supported my scientific development as we worked on fascinating projects together over the years.” Another recent PhD student, Dr. Annabel Beichman remarked, “He had so much faith in his students’ abilities, and made it possible for us to rise to the challenge. He was our forever-mentor, looking out for us long after we graduated.”

Over the last few years, Bob also reinvented himself as an educator. Moving beyond lecture-based classroom presentations, Bob developed a new framework to entice freshman Life Sciences majors at UCLA into biology and research. Specifically, his new course brought students into the field at UC Reserve sites, where they would sample DNA from the environment and document their observations in online notebooks. DNA would be analyzed from these sampling sites and students gained an appreciation for biodiversity and the research process. Bob taught hundreds of students in this course. His innovative pedagogical approach was recognized by the Howard Hughes Medical Institute (HHMI) in 2018 when he received an HHMI Professor award with UCSC professor Beth Shapiro.

Bob contributed to EEB at UCLA in a myriad of ways. He served on many important faculty search committees, including committees aimed at increasing the quantitative biology in the Life Sciences Division at UCLA. He was also the first to bring the field of conservation genetics to EEB, where his laboratory was always a central hub for innovation for decades. But, perhaps his most significant contribution to UCLA was making everyone around him think bigger and bolder, moving us outside of what we found comfortable. He made us believe in ourselves, our work, and our mission. He is a leading example of a life in academic science well-lived, a touchstone for all of us. While Bob took his research and teaching seriously, he did not take himself as seriously. His dry sense of humor will be missed by his many colleagues and collaborators, especially by these authors.

Outside of UCLA, Bob was an avid biker, naturalist, and active member of the conservation community, helping to promote the conservation of wolves and protect the habitat and species in the Santa Monica Mountains he loved and where he lived and shared with his beloved wife and friend UCLA Distinguished Professor and renowned paleontologist Blaire Van Valkenburgh.

Bob will be deeply missed by his colleagues, students, and friends. His contributions to the fields of evolution and conservation genetics will not be forgotten, and his legacy will live on through the many lives he touched.

“In memoriam: Robert Wayne, 66, pioneer of conservation genetics, protecting canids and other species”