Here are three of  the many women in Life Sciences who’ve made history: 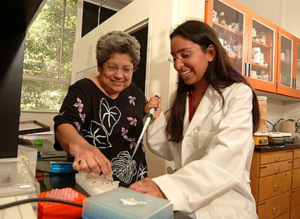 Dr. Elma González (with a student)

Dr. Elma González, UCLA Professor Emerita of Ecology and Evolutionary Biology, made significant contributions to the life sciences as a plant cell biologist. In 1974 she was appointed UCLA professor of cell and molecular biology. At the time, she was the only Mexican American woman scientist among the UC system faculty. At UCLA, González was the director of the Minority Access to Research Careers (MARC) program. In 2004, she received the Distinguished Scientist Award from the Society for the Advancement of Chicanos/Hispanics and Native Americans in Science. The following year, she was the first faculty member from the Department of Ecology and Evolutionary Biology to win UCLA’s Distinguished Teaching Award for her “superb mentorship” to undergraduates. 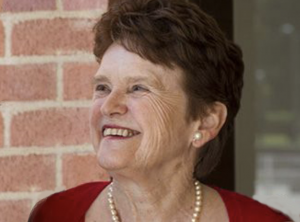 Dr. Sherie Morrison, UCLA Distinguished Professor of Microbiology, Immunology and Molecular Genetics, joined UCLA’s faculty in 1988. She served as department chair from 1992 to 2002, and interim department chair from 2014 to 2015. Dr. Morrison’s research on antibody function and engineering has significantly advanced our understanding of how antibodies function and how we can use antibodies to treat human diseases. In 2016, she received the Immunology, Inflammation, Infection and Transplantation (I3T) Excellence in Research Award– an award established to honor individuals who have made seminal contributions to basic and translational immunology.

Dr. Gail Wyatt is a clinical psychologist, who earned her Ph.D. at UCLA in 1973. She was the first African American woman to be licensed as a psychologist in the state of California. Wyatt is professor in the Department of Psychiatry and Biobehavioral Sciences, and is director of the Center for Culture, Trauma and Mental Health Disparities and of the UCLA Sexual Health Program – two programs that address the needs of underserved men and women. In support of equitable health policy, she has testified before the U.S. Congress numerous times. Wyatt has received a multitude of awards and honors for her scientific accomplishments, mentoring, and teaching.