You are here: Home1 / In Memoriam: Seymour Feshbach, Professor Emeritus of Psychology 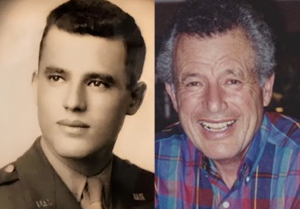 Seymour “Sy” Feshbach, Professor Emeritus of Psychology, was probably best known for his seminal research on aggressive behavior and his significant contributions toward promoting peace. As a young man in 1943, he enlisted in the U.S. Army and served during World War II. After the war ended, he received his bachelor’s degree from City College of New York and went on to receive a Ph.D. in psychology from Yale University. Not long after he began work at the University of Pennsylvania, the Korean War broke out and he returned to active service, applying his training in psychology to classified work at the Pentagon. Upon the armistice, he returned to the University of Pennsylvania, where he focused on the study of the antecedents and management of aggressive behavior. In 1964, he joined UCLA’s Department of Psychology. Over the course of his career at UCLA, Feshbach served as chair of the school’s psychology department and its Academic Senate. He also served as president of the International Society for Research on Aggression and the Society for the Psychological Study of Social Issues. For his impactful contributions towards understanding aggression and promoting peace, Feshbach received the Karpf Peace Prize from UCLA. After his retirement in 1995, he remained engaged with faculty and staff in the psychology department, and continued to contribute to public discourse. In 2017, he wrote a letter to the editor of Military Review in response to the rise in mass murders across the country. He suggested that society might consider “altering implicit rewards” by reconsidering how we label mass murderers: instead of calling them “evil” or “monstrous,” he suggested we call them cowards. He went on to say, “The inhibitory function of the label of coward can only be effective if the community at large believes that individuals who murder the defenseless are cowards. I know that I do.”

Seymour passed away peacefully at his home on November 30, 2020. His contributions to psychological research, to UCLA, to his many students, and to our country are deeply valued, and his keen wit and congeniality are remembered with great fondness by his colleagues at UCLA. He is survived by his wife, Norma Feshbach, an academically-accomplished UCLA Professor Emeritus of Education, with whom he had three much-loved and accomplished children. The Feshbach family has grown to include six granddaughters and three great-grandchildren.