UCLA Biologist named 2021 fellow of the California Academy of Sciences

You are here: Home1 / UCLA Biologist named 2021 fellow of the California Academy of Sciences 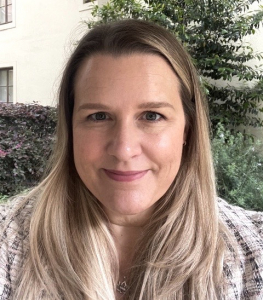 UCLA professor of ecology and evolutionary biology Karen Sears has been named a 2021 Fellow of the California Academy of Sciences for her notable contributions to science. With this nomination she will be part of a distinguished, governing group of over 450 fellow scientists, who partner and collaborate in the pursuit of the academy’s mission: to explore, explain, and sustain life.

Over the past two decades, Sears’ research in evolutionary development has broadened our understanding of mammal evolution. Her research has described major evolutionary transformations that have occurred in mammals, and it has has uncovered molecular genetic mechanisms that explain how genetic variation and adaptation can lead to the development of novel sensory structures, and to a wide diversity of limb structures, from bats’ wings to horses’ hooves.

Her research on limb development also includes work that has implications for human limb development, and her work has shown how specific changes in environmental conditions can make limb development go awry. Recently, her research has focused on studying the wonders of bat evolution, including a timely study of how bats can maintain high levels of viruses, like coronaviruses, in their bodies without expressing symptoms.

As a leader in her field, Sears was a founding member of the Pan-American Society for Evolutionary Developmental Biology, and was named a 2020 fellow of the American Association for the Advancement of Science.

This year, Sears was nominated by her colleagues and unanimously voted in as a Fellow of the California Academy of Sciences by their Board of Trustees. She will be inducted during the Fellows Annual Meeting this October, joining prominent fellows such as Andrea Ghez, Sylvia Earle, Paul Ehrlich, Jane Lubchenco, Zeray Alemseged, John McCosker and Jill Tarter.