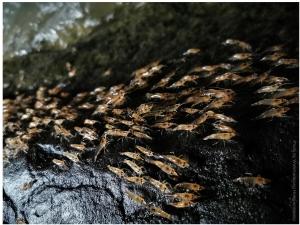 These Shrimp Leave the Safety of Water and Walk on Land. But Why?

A biologist decided to investigate a shrimp parade that attracts thousands of tourists in a province of Thailand.

Watcharapong Hongjamrassilp has known about this shrimp parade– along the river in Ubon Ratchathani, Thailand– for nearly 20 years. Now, as a UCLA graduate student in the Blumstein lab, he’s had the opportunity to scientifically answer his questions: What species are they? Why and how do they leave the safety of the water to walk upstream on dry land? Where are they going? He investigated this unusual phenomenon, and published his findings in the Journal of Zoology. The findings will contribute to our understanding of parading shrimp evolution; and as it appears they are declining in numbers, knowing more about key parts of their life cycle could aid in their conservation. 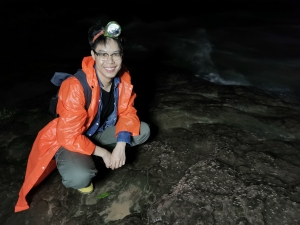